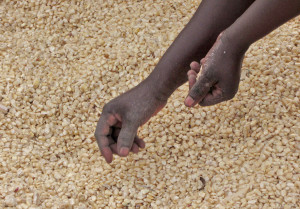 Malawi will import 80,000 tons of the staple maize from neighboring countries, including Tanzania, to avert hunger, officials said on Monday.

2.8 million People in Malawi, or 17 per cent of the population, are facing food shortage, according to the United Nations World Food Program (WFP.)

According the principal secretary of Malawi ministry of agriculture, Erica Maganga, the country is expecting 50,000 tons of maize from neighboring countries.

“With the 30,000 tons coming in from Zambia, we expect to add on another 50,000 tons from Tanzania that we have authorized the state-owned grain marketing company ADMARC to import,” Erica Maganga said.

Drought and floods have hit the maize crop, exposing the fragility of gains which had seen Malawi’s rates of malnutrition slashed in the past two decades.

The Japanese Government through the United Nations Children’s Fund (UNICEF) last week has come to the rescue of Malawian hunger situation and Malnutrition by donating US$7.3million.

This support enables WFP to continue providing the most food-insecure people with a range of assistance including maize, pulses and Super Cereal.

While the Government of Japan and other donors have been generous in their support, WFP still urgently requires US$35 million to continue full food and cash assistance through to the end of April.