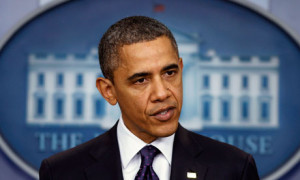 President Barack Obama announced yesterday he was extending US sanctions on Robert Mugabe’s regime for another year, saying the current regime represents “an unusual and extraordinary threat to the foreign policy of the United State.”

“I have sent to the Federal Register for publication the enclosed notice stating that the national emergency originally declared in Executive Order 13288 of March 6, 2003, and renewed every year since then, is to continue in effect beyond March 6, 2016,” said the US president in a statement.

“The threat constituted by the actions and policies of certain members of the Government of Zimbabwe and other persons to undermine Zimbabwe’s democratic processes or institutions, contributing to the deliberate breakdown in the rule of law, to politically motivated violence and intimidation, and to political and economic instability in the southern African region, has not been resolve,” the statement affirmed.

Zimbabwe’s descent into political and economic crisis began 15 years ago, when Mugabe lost a referendum on a new constitution that would have expanded the powers of a man who has ruled the country since independence in 1980.