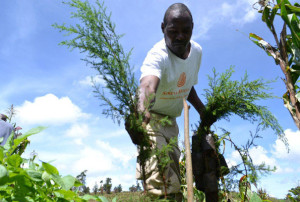 Twenty-four Eastern and Southern Africa countries launched a new drive to enhance efforts to restore forests in the region, on the occasion of the International Forests Day.

The hub was initiated in partnership with International Union for Conservation of Nature (IUCN) that conducted the first opportunity assessment and mapping study to identify priority landscapes to be restored.

According to Charles Karangwa, the hub coordinator, the objective is to specifically be looking at ways to provide technical support, funding and incentives to forest restoration programs in more than 24 countries of the region.

Jesca Eriyo, the deputy Secretary General of East African Community, said the launch of the new hub is in line with Bonn Challenge, which is the largest world initiative on forest landscape restoration launched in Germany in 2011. Governments, civil societies and private sector target to restore 150 million hectares of forests by 2020 and 350 million hectares by 2030.

The target by 2020 could bring net benefits of over $85 billion per year to national economies while by 2030 benefits could rise to $5.5 trillion and reduce carbon emissions by 11 percent as part of Reducing Emissions from Degraded Land and Forests program.

“Annually over 55,000 million of hectares are degraded in the region. And this is affecting ecosystems, biodiversity and tourism. We have to build the capacity of the center to deal with such issues. Restoration needs resources and we have to educate community, give them other alternatives,” Eriyo said.