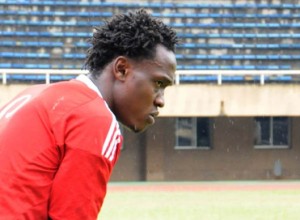 The Federation of Uganda Football Associations (Fufa) on Sunday confirmed the death of the country’s goalkeeper Abel Dhaira.

He died at the age of 28 at his base in Iceland after losing a battle against cancer, the Fufa said.

A statement by the Fufa read: “Dhaira was a magnificent goalkeeper with so many tricks and always put on a smile irrespective of the results for his team. We are saddened by his death and football will miss a keeper many people loved seeing saving penalties.”

The health of the former goalkeeper for Ugandan Premier League side URA FC deteriorated in January 2016. He was hospitalized in Kampala at the Nsambya Hospital before he returned to Iceland for further treatment.

Doctors in Iceland confirmed that he was diagnosed with abdominal cancer and started the treatment.

On Monday last week, Dhaira was admitted to the Intensive Care Unit before he passed away over the weekend.

The 28-year old goalkeeper made his international debut for Uganda in 2009 and competed at the 2012 CECAFA Cup.

Dhaira’s coach at IBV Vestmannaeyjar, Bjarni Johannsson, said last month that the club would do everything to help the player during this time of need.

The club had organized a testimonial game for Dhaira early this month in Iceland.

He died when he was about to be transferred to Germany for further treatment.