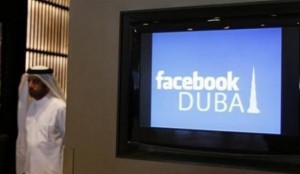 Telecommunication companies in the MENA are teaming up for a pan-Arab online platform that would earn them more revenue from their networks by challenging western social networks.
Osman Sultan, chief executive of the second biggest operator in the UAE said he came up with the idea over a year ago and has called upon all the companies in the region to come together because “a single operator… can’t create this platform on its own.” According to him, network traffic doubles every 8-9 months and they want social companies to contribute to the upkeep of the fast growing data traffic because they are raking up the large bulk of the revenue.
Negotiations are still going on between the telecommunication companies and many of them were reluctant to discuss it but the Pan-Arab online platform will be featuring a social media and online shopping for goods and services. The chief executive of Bahrain Telecommunications Co, Sheikh Mohamed Al Khalifa, said the idea is a positive move because “Telcos are beginning to look to the deployment of OTT (over-the-top) services such as streamed TV and video-on-demand.”
Critics believe that competing against the OTT internet companies such as Facebook, Google, Apple and Twitter is already a lost cause because they believe the telecommunication companies are used to running networks rather than being media companies. Others say that they telecommunication companies can’t work together.
Sultan believes that they can combat them because a combined group of all the companies can easily spread out across the region. According to a survey by analysts W3techs, out of the supposed 360 million native Arabic speakers, only 86 million of them were connected to the internet by the end of 2011.
The project seems to rely heavily on gulf companies.