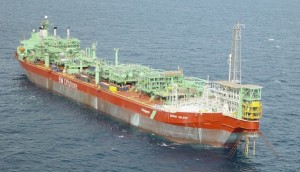 Mauritanian economy has scored better-than expected performance and was resilient to exogenous shocks thanks to a fiscal and external policy space that have reached unprecedented levels, the International Monetary Fund said this week.
“This better-than-expected performance is attributable to intensified revenue collection efforts, substantial mining revenues, and a considerable increase in external assistance (including in the form of grants),” said the international financial institution after an IMF  mission visited Nouakchott in the context of the fifth review of the 2010-2012 three-year arrangement under the Extended Credit Facility (ECF).
For the first time since 2006, the overall budget balance is expected to be positive and the official reserve position will be strengthened to reach, by the end of the year, record levels of around US$750 million, i.e., the equivalent of 5.3 months of imports, the IMF said in a statement.
The IMF described as “satisfactory” the macroeconomic results recorded during the first half of 2012 and predicted a vigorous recovery of economic growth. “Real GDP growth for 2012 is expected to reach 6.2 percent, despite the significant fall in mining production and the slowdown in demand from Europe,” the statement said, adding that inflation remained contained at 6 percent, owing in part to the stable prices of some administered products.
The IMF has however called the Mauritanian government to further strengthen and sustain this macroeconomic performance, achieved in spite of the difficult national and global economic environment, to reduce the unemployment rates and poverty levels that are still very high.
It also called on the authorities to improve the business climate further, in particular, by bringing on stream the one-stop window, to put in place, in the very short run, a new instrument for monetary policy management and to speed up the pace of implementation of structural reforms in the financial sector, public enterprises, and public financial management.