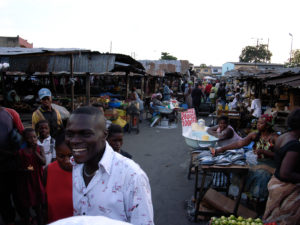 The Government of the Democratic Republic of Congo on Monday proposed cutting operating costs of cabinet and other public services by 30 percent, warning of a risk of hyperinflation.

Africa’s leading copper producer has been hard-hit by commodities slump that has lowered foreign exchange reserves and put pressure on its currency.

The extractives industry accounts for some 98 percent of the country’s export earnings.

“If nothing is done, we run the risk of suffering from the hyperinflation that is hitting other countries, and of reliving the nightmare of the 1990s,” Matata told lawmakers.

According to the proposal, the government plans 22 percent reduction to its $8.9 billion budget for the year. The plan includes slashing spending on healthcare equipment by over 90 percent.

The government also lowered its GDP forecast for 2016 to 6.6 percent from an earlier estimate of 9 percent.

According to official data, inflation rate stands at 1.4 percent.

DRC is the world’s largest source of cobalt and Africa’s biggest miner of copper and tin.