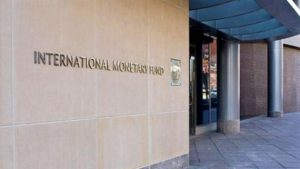 The economic outlook in Algeria has deteriorated since 2014 due to the fall in oil prices, affecting fiscal and external balances, says the International monetary fund (IMF).

In 2015, inflation increased to 4.8 pc while the fiscal deficit doubled to 16 pc of GDP as a result of the decrease in hydrocarbon revenues and the fall in hydrocarbon exports by nearly half which widen sharply the current account deficit, stress the IMF experts after concluding their appraisal of the country’s economy.

Reserves, while still substantial, declined by US$35 billion to US$143 billion, down from a peak of US$192 billion in 2013. But Algerian economy “is facing a severe and likely long-lasting external shock”, notes the IMF, calling for a vigorous policy response built on fiscal consolidation and structural reforms.

The collapse in oil prices has exposed longstanding vulnerabilities in a state-led economy that is overly dependent on hydrocarbons. According to the IMF experts, restoring macroeconomic balances will require sustained fiscal consolidation over the medium term combined with a critical mass of structural reforms to diversify the economy.

They also stress the importance of communication to build a consensus around the needed reforms to ensure their timely implementation. As to fiscal consolidation, it will need to be sustained over the medium term to restore fiscal sustainability, ensure intergenerational equity, and support external stability.

Rapidly declining fiscal savings mean that Algeria will need to borrow more to finance future deficits, warns the IMF. In addition to increasing domestic debt issuance, Algerian authorities should consider borrowing externally and opening the capital of some state-owned enterprises, in a transparent way, to private participation.

According to the IMF, wide-ranging structural reforms are needed to help support economic activity during the fiscal consolidation and to diversify the economy.

Key reforms include improving the business climate, opening up the economy to more trade and investment, improving access to finance and developing capital markets, and strengthening governance, competition, and transparency.

For the IMF, import restrictions introduce distortions and cannot substitute for reforms aimed at boosting exports. As structural reforms take time to bear fruit, they should be started without delay.