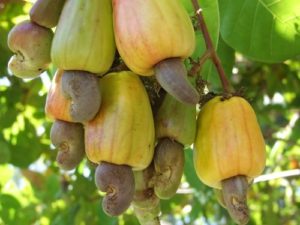 According to a report by the BBC, Côte d’Ivoire has overtaken India in the cashew nut industry.

The west-African nation, now the world’s top cocoa and cashew nut producer, has the potential to produce 1 million tons of cashews a year. However, rising prices, new taxes and huge demand in the booming agricultural industry have given rise to a black market.

The country is expected to reach its forecast of 725,000 tons this year, Reuters reported.

Côte d’Ivoire has been encouraging more cashew processing at home to gain added value, with plans to increase subsidies to processors from 5 percent to 30 percent or even 40 percent in coming years, TimesofIndia reported.

Cashews have become a relative bargain among tree nuts such as pistachios and walnuts.

President Alassane Ouattara has his eyes on a bigger prize — to have 100 percent of cashews processed inside the country by 2020, which would mean more jobs and more money flowing into the economy, reported the BBC.