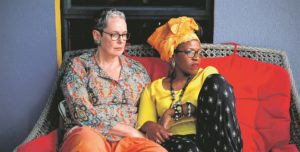 Daughter of Nobel Peace Prize Winner Desmond Tutu has been forced to abandon her priesthood in the South African Anglican Church after she married a female atheist professor.

Tutu Van Furth violated the Anglican Church’s position that marriage is between a man and a woman when she wed academic atheist Marceline Van Furth.

According to AFP, Reverend Canon Mpho Tutu-van Furth can no longer preside at Holy Communion, weddings, baptisms or funerals after handing in her license.

She said her father, the retired archbishop and celebrated anti-apartheid campaigner, was “sad but not surprised” at the news.

Desmond Tutu himself told media in 2013 he would fiercely fight against discrimination against the gay community as he did against horrific racism.