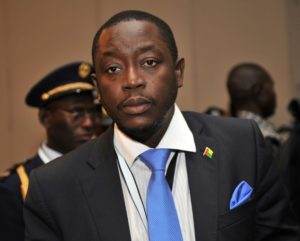 Tensions have been sparked in Guinea Bissau’s semi-presidential system on Thursday, after the west-African nation’s president Jose Mario Vaz has named Baciro Dja as Prime Minister in replacement of Correira.

“We are facing a constitutional coup d’état because the dismissal of my government is unconstitutional,” Correia said.

Members of Correia’s government were still at their offices on Friday and he said they will not transfer their duties to ministers named by Dja.

Both members of the ruling and opposition parties are against the appointment of Dja, who has served that position briefly in August 2015 before he was forced to step down by the Supreme Court after his appointment was challenged by the ruling party for breach of the constitution.

The government plans to retire nearly half the army’s 5,000 soldiers, including former coup leaders, over the next five years as part of military reforms.

Western governments and African neighbors, tired of having a volatile narco-state in a fragile corner of West Africa, are keen for the process to proceed as quickly as possible.