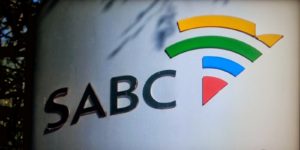 Senior journalists at the South African Broadcasting Corporation (SABC) on Wednesday threatened to down tools following the resignation of acting CEO Jimi Matthews from the public broadcaster.

The three reporters say the situation has reached a stage where their journalistic integrity has been called into question – and public criticism is mounting.

The SABC journalists warn that sudden changes to editorial policies are in direct contravention of both existing editorial legislation and the South African Constitution.

Press freedom groups argued that the ban contradicted the legal and regulatory framework that governs the SABC and made a formal complaint to the Independent Communications Authority of South Africa (Icasa).

The SABC countered that it had a responsibility not to place its journalists in danger and also a duty to protect children from images of violence.

About Khalid Al Mouahidi 3846 Articles
Khalid Al Mouahidi : A binational from the US and Morocco, Khalid El Mouahidi has worked for several american companies in the Maghreb Region and is currently based in Casablanca, where he is doing consulting jobs for major international companies . Khalid writes analytical pieces about economic ties between the Maghreb and the Mena Region, where he has an extensive network