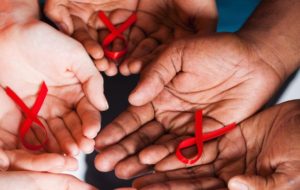 The United States on Monday announces $410 million grant towards ending the AIDS epidemic in South Africa ahead of the 21st International AIDS Conference in Durban next week.

It is estimated that 6.8 million people are living with HIV in the country with 3.4 million of them under HIV treatment.

The country experienced 180,000 AIDS-related deaths in 2015, according to the United Nations Program on HIV/AIDS (UNAIDS).

According to the donors, the funds will be granted through the US President’s Emergency Plan for AIDS Relief (PEPFAR), which also supports projects in South Africa to encourage male circumcision and attempts to reduce new HIV infections in girls and young women.

The 21st International AIDS Conference will start next Monday on International Mandela Day.
More than 10,000 delegates from 180 countries are expected to attend the five-day conference held under the theme “Access Equity Rights – Now.”

The 21st International AIDS Conference will give South Africa a chance to highlight and share experience with the international community on how it has implemented the largest anti-retroviral program in the world.

As a reminder, Pretoria set up a new state-owned pharmaceutical firm last year to help cut the cost of HIV treatment.