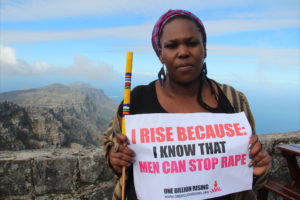 The United Nations on Monday called Ivorian authorities to intensify their efforts to prevent and punish rape in the West African nation.

A report released jointly by the United Nations Operation in Ivory Coast (UNOCI) and the United Nations High Commissioner for Human Rights (OHCHR), on Monday, mentioned 1,129 cases of rape in the West African nation between January 2012 and December 2015.

The report said some 66 percent of the victims in these cases were children.

The UN bodies’ report alluded to the fact that political instability in the country after the 2010/11 political crisis had contributed to the upsurge in rape cases.

‘‘The prevalence of rape was probably exacerbated by years of conflict in Ivory Coast, which fostered a culture of violence due to the general climate of insecurity and which were marked by persistent impunity due to the lack of systematic prosecution,” the report noted

The document stated that even after the hostilities ended, individual cases have been reported.

“Despite the end of hostilities since 2011 and the respite brought by the gradual stabilization, instances of rape, mainly committed by individuals, continue,” the report noted.

It further noted that stigmatization forced many victims not to lodge complaints.

The two bodies have called for action on the part of non-governmental organizations and the international community, to support the government’s efforts to fight the phenomenon.