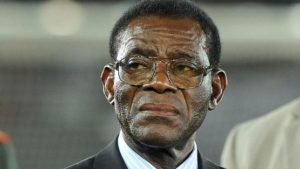 The country had hoped to receive about $100 million from each million barrel of petrol exported. Today, they expect almost less than half the amount.

“The oil price shock since 2014 is having a major impact on Equatorial Guinea. Despite efforts to foster economic diversification in recent years, the economy remains heavily resource dependent,” IMF said in a statement.

The country is facing tough economic times and companies in the private sector are struggling to stay afloat.

The country has recently identified tourism, fishing, agriculture, manufacturing, infrastructure development as key sectors in diversifying the economy in a bid to remedy the situation and avoid over dependence on oil exports.

However, non-hydrocarbon activity also slumped by 5.2 percent, due to sharp slowdown in public investment and private sector construction.

“In 2016, weak oil revenues and limited buffers will require further cuts to public investment, leading to a further deep contraction of the large construction sector. As such, overall economic activity is expected to decline 10 percent,” the Bretton Woods institution added.

Equatorial Guinea’s terms-of-trade deterioration has resulted in a widening of the current account deficit to 16.8 percent of GDP, and a faster-than-expected draw-down of national reserves, which declined by nearly 60 percent since end-2014.

About Khalid Al Mouahidi 3689 Articles
Khalid Al Mouahidi : A binational from the US and Morocco, Khalid El Mouahidi has worked for several american companies in the Maghreb Region and is currently based in Casablanca, where he is doing consulting jobs for major international companies . Khalid writes analytical pieces about economic ties between the Maghreb and the Mena Region, where he has an extensive network