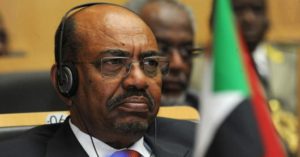 Rwanda as a country is not against justice, but when justice is politicized, “we [Rwanda] have to think twice”, said the Foreign Minister, Louise Mushikiwabo, in an apparent reference to the fact that al-Bashir was been sought more on political grounds.

The president, who has ruled Sudan for 25 years, was indicted by the ICC in 2009 for alleged crimes in the western region of Darfur and remains the only sitting head of state with charges over him following the dropping of major crimes charges against Kenyan president Uhuru Kenyatta last year.

Al-Bashir refuses to recognize or cooperate with the court. The ICC has previously urged countries that are signatories to its Rome Statue to arrest the 71-year-old if he visits.

Rwanda is not a signatory to the International Criminal Court (ICC) so President Bashir is guaranteed safe exit from the country after the summit of African Heads of State closes in Kigali.

‘‘Anybody invited by the AU will be welcomed and hosted. President Bashir is among African leaders, duly invited and we’ll host him,” Rwandan government said in a series of tweets.