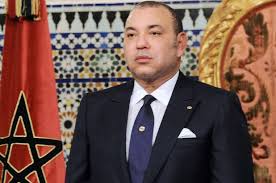 In a message addressed to participants in the 2nd international conference on justice, organized Monday in Marrakech, under the theme “Justice and Investment: the Challenges and the Stakes”, the Sovereign underlined the need to develop a strategic vision for the improvement of the business environment, saying this vision should be based on a modern, integrated legal system that makes businesses a driving force of economic and social development.

“To this end, I have given my instructions to speed up the promulgation of the new investment charter, and to reform regional investment centers, giving them the necessary powers to enable them to carry out their mission in full”, said the Monarch in his message read out by State minister for Human Rights Mustapha Ramid.

After stressing the need to simplify investment procedures, update business support programs and facilitate businesses’ access to finance, the King said that the judiciary should play a crucial part in that process and take due account of the challenges created by current global economic conditions and the domestic economic environment.

The King cited in this regard the amendment of the code of commerce, the corporate law and the involvement of judges in economic and social matters in a bid to ensure corporate security and social peace by striking the right balance between workers’ rights and those of employers.

This has contributed to enhancing Morocco’s standing as a trustworthy and credible country in the eyes of foreign investors as well as in economic and financial circles, said the Monarch.
He urged the government to expedite the adoption of the related legal texts and to prepare the regulatory texts for the laws that have been ratified.

According to the Moroccan Sovereign, creating the right conditions for investment requires not only the overhaul of incentive legislation, but also the provision of legal and economic guarantees that ensure confidence in the judicial system and provide full security for investors.

“It is therefore important to standardize mechanisms and procedures for the settlement of investment disputes at the national, regional and international levels”, affirmed the King, reiterating his call for setting alternative judicial approaches such as mediation, arbitration and conciliation.

“In response to an urgent request from investors to simplify and speed up administrative and judicial procedures, a draft arbitration and mediation code has been prepared and will be submitted for ratification”, underlined the Sovereign, noting that these moves led to an increase in the investments attracted by the Kingdom as well as to an improvement of Morocco’s ranking in the Doing Business Index 2019.

“We look forward to moving further up the Doing Business Index and improve Morocco’s position so that it may feature among the top 50 countries in the world in terms of the quality of the business environment”, said the Monarch.

Modern technology plays a key role in the dissemination of legal and judicial information, added the King, calling for the promotion of paperless processing of legal procedures conducive to better judicial services that meet the requirements for the settlement of business and financial disputes.

Posted by Hafid El Fassy on October 21, 2019. Filed under Business, News, Zoom. You can follow any responses to this entry through the RSS 2.0. Both comments and pings are currently closed.