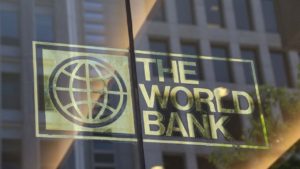 Ethiopia’s Prime Minister Abiy Ahmed on Friday announced the Horn of Africa nation had got $3 billion funding from the World Bank.

The World Bank funding announcement comes two days after the International Monetary Fund said it had reached a preliminary agreement for a $2.9 billion financing package to back the country’s complex economic reforms over the next three years.

It is the biggest ever finance deal from the IMF to Ethiopia, whose government has been historically skeptical of policies advocated by the international financial institutions in Washington DC.

Although the government targets economic growth rates of 11%, independent analysts such as the Economist Intelligence Unit forecast growth will average 7.6% from 2019 to 2023.

Ethiopia has been successful in attracting foreign direct investments in light manufacturing in garment and textile, leather, and agro-processing sectors, by leveraging its relatively low labor costs, competitive energy costs, and preferential market access to the European Union and United States.

In 2016, Ethiopia received $3.2 billion FDI, one of the highest foreign direct investment inflows in Africa.

Posted by Emmanuel Agbenonwossi on December 13, 2019. Filed under Finance, News, Zoom. You can follow any responses to this entry through the RSS 2.0. Both comments and pings are currently closed.