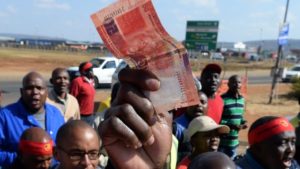 Oil prices have fallen to their lowest level since 2003, sinking below $28 a barrel before recovering slightly in the second quarter of 2016.

Like most of Africa, Nigeria, Gabon, Equatorial Guinea and Angola, as well as smaller local oil producers are suffering from the so-called resource curse that has seen African nations struggle to survive. However, some countries in Africa, the world’s poorest continent, are showing a good economic outlook. Here’s a look at Africa’s fastest growing economies.

While many African nations are struggling to cope with plunging oil prices, and falling revenue from commodities, Ethiopia, Africa’s second-most populous country after Nigeria, with almost a 100 million strong population, recorded an economic growth of 10.8% between 2011 and 2015 and is set to expand 10 percent in 2016, according to governmental forecasts.

Much of the Horn of Africa nation’s success is due to the dominance of the state in the economy and its diversity. The country exports very little compared to its African peers. The country’s currency, the birr, has retained its value despite the global downturn.

The government is building everything from industrial parks to sugar factories and power lines.

According to Finance Ministry data, agricultural growth in 2016 will be less than the projected 11 percent after the El Nino weather phenomenon reduced rains last year across eastern areas of the country.

Agriculture accounted for 39 percent of gross domestic product last year, but the current drought, which is the worst in 50 years, has left almost one-fifth of Ethiopians needing food aid and 400,000 people facing severe malnutrition.

Côte d’Ivoire, West Africa’s largest economy, has seen a revival since the end of a decade-long crisis in 2011.

Growth in the world’s top cocoa grower has been boosted by the rise in prices of the commodity as well as the development of infrastructure projects, which in turn have lured investors after years of political paralysis.

President Alassane Ouattara, an economist who has led the country’s recovery since assuming office in 2011 said he had received more than $15 billion in pledges from donors and lenders to fund its five-year development plan, almost double the amount the government sought.

The West African nation’s GDP is expected to grow by 8.5% this year according to the IMF.

According to the World Bank, Ivorian economy has benefited from government policies and structural reforms, which have resulted in strong inclusive growth.

The government has reduced the cost of creating companies by more than 70% and the process of applying for public tenders has also been streamlined.

The country is Africa’s fastest growing economy, according to the IMF’s latest World Economic Outlook.

DRC: Copper Production has Quintupled since 2007

Having endured conflict and civil strife in the past, a new era of growth and prosperity is making of the Democratic Republic of Congo one of Africa’s economic superpowers.

In the past three years, the nation has exhibited double-digit growth and attracted the attention of international agencies and businesses, keen on taking advantage of a country making strong economic gains.

The central African nation’s economy is set to expand 9 percent between 2016 and 2018, one of the fastest growth rates in the world, the International Monetary Fund (IMF) said.

Mining of copper, gold and other minerals is the main driver of growth and the medium-term outlook is promising with low inflation and expansion in the services sector.

The copper-rich nation extracted more than 1 million tons of copper for the first time in 2014 and is vying with Zambia to be Africa’s top producer.

Inga III, a new Hydropower facility that the government is planning to build is without a doubt the most likely project to shape Africa during the 21st century. It is one of DRC’s strategic pillars toward emerging status, as the country needs the energy to liberate its economy and consistently reduce poverty.

Note that an orderly outcome in the 2016 elections could unlock further investment in the country.

Rwanda: A School of Good Governance in Africa

More than two decades on, Rwanda’s economy, left in tatters following the genocide, has come a long way. While poverty has fallen rapidly under Paul Kagame’s leadership, the small landlocked East African nation has been seen as a model of good governance in the world.

The country had met most of the MDGs by the end of 2015, according to the United Nations.

Strong economic growth was accompanied by substantial improvements in living standards, evidenced by a two-thirds drop in child mortality and the attainment of near-universal primary school enrolment, the World Bank said.

The country is one of the continent’s most competitive economies and a top reformer in improving the business environment.

A strong focus on homegrown policies and initiatives contributed to a significant improvement in access to services and in human development indicators.

As one of the fastest growing economies in Central Africa, Rwanda notched up GDP growth of around 7.5% per year between 2001 and 2015. Bill Clinton, Tony Blair and the World Bank have sung Rwanda’s praises.

The country has developed an economy driven by private initiatives, urban development focused on cleanliness, green spaces, the quality of road networks, respect for all aspects of sustainable economy, and low emission of greenhouse gases by urban means of transport.

Long-term development goals are defined in a strategy entitled “Vision 2020”. The strategy seeks to transform the country from a low-income agriculture-based economy to a knowledge-based, service-oriented economy with a middle-income country status by 2020.

Development indicators tell a story of significant changes in education, public health and the economy, but extreme poverty remains a reality for more than 60% of the population.

The Tanzanian economy, East Africa’s second-biggest, grew 7 percent in 2015. The strong growth was supported by stability in power supply, moderation in oil price and high growth of credit to the private sector.

According to the central bank, the East African giant is expected to maintain strong growth of 7.3 percent in 2016.

The country is experiencing increased real estate development for residential and non-residential purposes and building of road networks.

John Magufuli who became president in November with a determination to shake things up, has in his first few months in office cleared the civil service of thousands of ghost workers and begun a campaign against tax evasion, both by foreign companies and local entrepreneurs.

The government said it plans to increase spending by 31 percent in its 2016/17 fiscal year to $13.51 billion to finance infrastructure and industrial projects.

The government has also assured Tanzanians that it is on course to provide all villages with power.

For many years, agriculture and tourism have been touted as the backbone of the country’s economy. The two sectors employ about 75 per cent of the country’s workforce, accounting for a quarter of the national economy. However, while these sectors have the potential to contribute more, they remain virtually stagnant because they have not been explored and supported enough.

Bear in mind that these economies are not the largest or most developed ones. Some of them are actually plagued with low levels of per capita gross domestic product, high income inequality, political instability and run-away corruption.