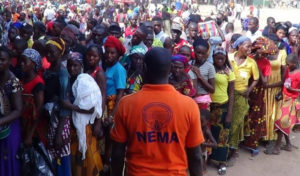 The World Food Program (WFP) on Tuesday said it requires $52 million to continue providing life-saving assistance to people affected by the Boko Haram insurgency in Nigeria.

Boko Haram’s six-year insurgency has devastated northeastern Nigeria and has spread to Cameroon, Chad and Niger.

The humanitarian situation relative to food insecurity in the region is classified as being in the ‘emergency phase, the WFP said in a statement.

According to WFP’s Regional Director for West Africa, Abdou Dieng, “the news comes as tens of people have been killed or injured in Nigeria and in neighboring Chad, Cameroon and Niger in the past days alone, an indication that Boko Haram violence is set to keep pushing more people into hunger and suffering.”

WFP noted that its current response was aiming to reach 700,000 people with food and cash assistance in the coming months. Out of the figure, 150,000 children under five will be given specialized nutritious food.

Nigeria’s Borno State has recently confirmed receipt of a cash donation of $1 million from the Bill and Melinda Gates Foundation. The funds are meant to support victims of the Boko Haram insurgency.

About 40,000 households were targeted to benefit from the ongoing humanitarian relief efforts. Each household will get a bag of rice and a bag of beans.