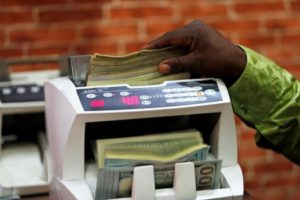 Nine banks in Nigeria have been barred from the foreign exchange market, local news reported on Wednesday.

The move comes after the banks reportedly failed to return over $2 billion deposits belonging to the Nigerian National Petroleum Corporation (NNPC) to the federal government’s Treasury Single Account.

The central bank is also expected to impose fines on these banks for the failed payments.

Africa’s biggest economy, which contracted by 0.4 percent in the first quarter, faces its worst crisis in decades after the decline in oil prices and last year’s introduction of a currency peg that prompted a large-scale capital flight.

With a likely sharp fall for the naira, Nigerian products will become relatively cheap and imports more expensive, which should stimulate the domestic economy but also lift inflation.