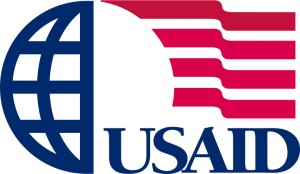 “Sanad” was a youth programme that was created three years ago by the United States Agency for International Development (USAID). This project was created in order to  support youth employment by allowing the Moroccan young generation to have a proper training through adequate education. This project was reported to have supported 1500 young people. According to “Sandal’s  director Vincent Charbonneau, the training programme helped 10 000 young people. Up till now this North American organization has provided associations with 50 000 grants which has allowed them to provide more help in different regions of Morocco. Three years after the creation of this youth programmed  a report conference  held in Fes and Salé. After which  Moroccan officials have acknowledged the very efficient work that was done for the past three years. The results generated by this cooperation between the US and Morocco was also applauded by the US Embassy in Morocco. This program that aims to touch the Moroccan civil society has according to Judith Chammas, Deputy Chief Mission of the US embassy pushed residents “to examine their needs and solving their problems”.
At the end of the training a youth provincial council was created in Salé. Many already existing organizing such as the Nation Civil Coalition for Reform have also benefited from Sanad.  Abdelouahed  Zyate from this Moroccan entity  believes that the Sanad project created by USAID has played a major role in the achievement of the group’s objectives. So it enabled them to integrate the youth in “decision making, their desire to make the new generation being more implicated in public institutions and policies.