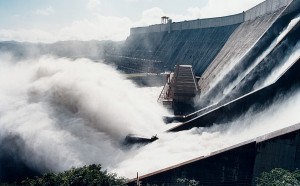 Ever since Ethiopia decided to invest almost $12 billion to exploit energy that can be provided by the Nile River which crosses the country by building a series of dams, Egypt has had concerns. It feared that the dams will diminish the Nile’s flow; therefore, it has gone in pressuring International lenders as well as donor countries to withhold funding.
According to Ethiopia’s energy minister the country wishes to have three plants by 2015. The main mega dam that has a budget of $4.1 billion in Western Benishanul-Gumuz region will be completed on time in 2015 according to energy chief Alemyehu Tegenu. Once the other two smaller dams will be complete a total of more than 8000MW of power will be available. This surplus of energy will be exported to neighboring countries such as Sudan and South Sudan as well as Egypt through construction of pipelines. The government has planned to obtain foreign and domestic funds. The domestic ones have been provided by selling bonds. The country has risen over 5million BIRR ($277.1 million) for this ambitious construction. Concerning the international funding, Egypt’s pressure might cease the financing expected from certain foreign countries. Leading Ethiopia to fall back on Chinese capital since China has begun accumulating natural resources in Africa for some time now. That is why an International panel of experts was created. This special group of specialists will study carefully the impact of Ethiopia’s Grand Renaissance Dam on the Niles’s flow. The full report of the study is expected to be announced by May 2013. Once this announcement made Ethiopia has prepared plans that will require almost $12 billion which will allow the country to generate more than 40 000 MW of hydropower by 2035.