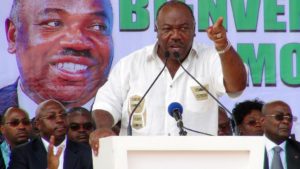 Three people were killed in the Gabonese capital, Libreville, and over 1000 arrested after a second day of rioting in the central African nation.

According to Interior Minister Pacome Moubelet Boubeya, 800 people had been arrested in Libreville and 400 in other areas of the country.

Protests began after the announcement that President Ali Bongo had been narrowly re-elected.

In a televised address to the nation on Thursday, Ali Bongo said he respected democracy and rejected calls to step down.

On Friday, Police used tear gas to prevent crowds from gathering as they emerged from their houses.

There were reports on Thursday that the government had blocked access to social media and other forms of communication.

The results of the election, which gave Bongo 49.8 percent to Ping’s 48.23 percent, a gap of less than 6,000 votes, remain “provisional” until they are approved by the constitutional court.