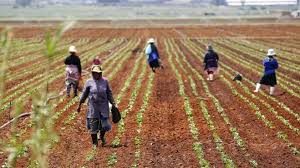 As the African Green Revolution Forum (AGRF) kicked off this sept. 6 in Nairobi, with the participation of heads of state and high-level officials from around the world, a new report revealed that the countries which invested in agriculture were rewarded with sizeable jumps in both farm productivity and overall economic performance.

The new report, released Tuesday by the Alliance for a Green Revolution in Africa (AGRA) as a curtain raiser for this week’s AGRF in Nairobi, surveys a ten-year period for African agriculture.

The document finds that “after decades of stagnation, since 2005, much of Africa has enjoyed sustained agriculture productivity growth,” and as a result, poverty rates have declined in places like Ghana, Rwanda, Ethiopia and Burkina Faso. The report notes that agriculture has had its biggest impact in countries that moved quickly to embrace the African Union’s Comprehensive African Agriculture Development Program or CAADP, created in 2003.

According to the report findings, early adopters of the CAADP goals, including Benin, Burundi, Cape Verde, Ethiopia, Gambia, Ghana, Liberia, Mali, Niger, Nigeria, Rwanda, Sierra Leone, and Togo, have seen productivity on existing farmlands rise by 5.9 to 6.7 percent per year. This boost in turn helped spur a 4.3 percent average annual increase in overall GDP. Those later to the game achieved anywhere from a 3 to 5.7 percent growth in farm productivity and a 2.4 to 3.5 percent increase in GDP.

Meanwhile, countries that sat on the side-lines saw farm productivity rise by less than 3 percent and GDP rise by only 2.2 percent, the report says. The trend is similar for declines in malnutrition, with countries that have embraced the CAADP process experiencing annual declines ranging from 2.4 to 5.7 percent, while those who have not averages only a 1.2 percent decline.

Despite de progress scored, experts deem that major challenges remain, including land tenure, infrastructure, and research and that even if agriculture growth overall has been promising, most countries are falling short of their CAADP commitment to invest ten percent of national budgets in the agriculture sector.

Also, the 2016 report points out that Africa remains “the world’s most food insecure continent” and that while there has been progress in reducing malnutrition rates and boosting agriculture productivity, African countries continue to lag behind other developing regions like East Asia.

Participants in the 2016 AGRF will share their insights on how to create, align and leverage financial, technical, policy and market-expanding resources to develop game-changing and inclusive agribusiness models for Africa. The event also features the Africa Food Prize awarding ceremony.