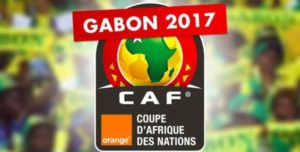 Qualifiers for the 2017 Africa Cup of Nations have yielded the names of countries to take part in the black continent’s flagship soccer tournament in Gabon next year.

Most continental soccer big nations have signed up for the event in Gabon next year. Morocco playing, despite its win, had already booked its place in the tournament before the last qualifiers Sunday. The Moroccan team topped its group.

Elsewhere Senegal beat Namibia 2-0, becoming the only nation to have won all its matches. Cameron, already qualified before the Sunday matches, signed up for the competition. Ghana, Algeria, Guinea Bissau and Mali are among the participating 16.

The draw for group stage will be held on October 16 in the Gabonese capital Libreville. The tournament will kick off in January.