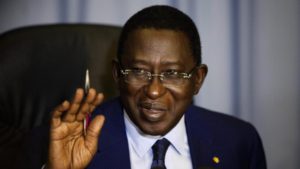 Malian opposition leader Soumaila Cissé on Thursday called on President Aboubakar Keita to facilitate an atmosphere of dialogue in the landlocked former French colony, one of the world’s poorest nations.

He made the call shortly after a meeting with the president in capital city Bamako.

“The greatest problem I have observed is the lack of dialogue in our country. The opposition has requested frequently the organization of dialogue. I emphasized that it is good for us to have national consultations to discuss security, institutional and governance related problems,” Soumaila Cissé said after the meeting.

Since 2012, when rebels took up arms against the central government and declared an independent northern state, Mali has struggled with terrorist attacks and skirmishes in the north between rebel factions and pro-government militias. Rebuilding the population’s confidence in the government has been a challenge.

Soumaila Cissé stressed the need to review the electoral code and dates of the municipal elections.

The municipal elections initially programmed for 2014 were later postponed to 2016 due to an unstable political climate.

The main Tuareg separatist coalition earlier this year said it would oppose efforts to hold the elections. It said the peace accord requires a transition team be established in the north first.