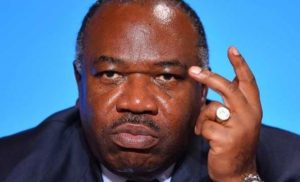 Thousands of pro-Ali Bongo supporters took to the streets in Gabon’s capital Libreville on Wednesday to support the incumbent president after his re-election in the August 27th polls was contested by his main challenger Jean Ping.

The group that comprised members of the Youth Union of the Gabonese ruling Democratic Party (PDG) marched peacefully in the streets of the capital accompanied by anti-riot police.

“Claims have been made against us, challenging the election of our candidate Ali Bongo Ondimba. Our first duty is to prove that these allegations are baseless and then we will also show elsewhere there have been unclear things which are reproachable to our opponents,” Faustin Boukoubi, the secretary general of the PDG was quoted by local media as saying.

Dispute over the elections result has led to riots that resulted in the killing of at least six people by security forces and had brought an unwelcomed international scrutiny for the country.

The African Union said it plans to send observers to help Gabon’s constitutional court with the legal complaint lodged by opposition leader, Jean Ping who accused President Ali Bongo of rigging the August 27 elections to his favor.

Jean Ping’s appeal is asking to authorize a recount of a province that is Bongo’s stronghold, but has said he has no faith in the judicial body because of its ties to the Bongo family.