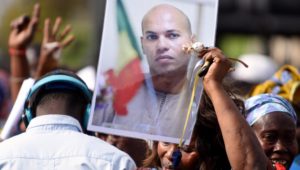 A court in France has rejected the Senegalese government’s request to confiscate a luxury apartment in Paris and assets in a bank account belonging to former minister Karim Wade.

While Wade was accused of unlawful enrichment by a court in Senegal, the Paris court said it found no evidence of corruption or money laundering.

The Paris prosecutor had considered the request admissible, to the extent that “the confiscation of an apartment and a bank account has no impact on the interests of the nation and the French public order.”

Karim Wade was minister and council member during his father’s rule between 2000 and 2012 and was detained in 2013 for unlawfully acquiring assets valued at 178 million euros ($198 million) which include companies in Senegal and abroad, bank accounts, real estate and cars.

He has been released from prison in Senegal after being granted a presidential pardon last June. He immediately flew to Qatar where he is living now.

Wade was a senior minister in his father’s government, and was in charge of major infrastructure and energy projects. His large portfolio earned him the nick-name “the minister of the earth and the sky.”

He denies the charges and his supporters claim that the case against him was a political move intended to eliminate dissent.

The country’s main opposition party, the Senegalese Democratic Party, chose Wade as their presidential candidate for the 2019 polls while he was in prison.