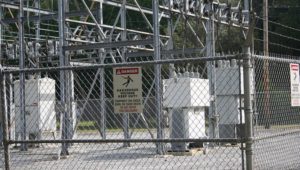 The African Development Bank and the Japan International Cooperation Agency have granted $258.82 million to Tanzanian government for a high voltage electricity line to connect its national power grid to Kenya, it was officially announced on Sunday.

The 400 kilovolt (kV) line will be completed within two years, Tanzania’s power utility TANESCO said in a statement.

East Africa’s second biggest economy has secured $1.6 billion in loans and grants from the World Bank which it said it will use to help end chronic power shortages, rebuild its railways and develop its farming.

The country is revamping its power generation and hopes to use some of its estimated 57 trillion cubic feet of natural gas reserves to cut its reliance on oil-fired and hydro power plants.

Tanzania’s finance ministry said in a statement on Thursday that it had secured the loans ahead of the annual meetings of the IMF and the World Bank in Washington, D.C. last week.

The World Bank funding will also include a $200 million loan for Tanzania’s state-run power utility, Tanzania Electric Supply Company (TANESCO), to help it clear its arrears of about $250 million which it has said it plans to pay off by the end of 2016 by switching to cheaper, domestic gas-fired plants.

According to the state-run National Bureau of Statistics, Tanzania’s economy expanded 7.9 percent in the second quarter, driven by the mining, manufacturing and energy sectors.

The country is Africa’s fourth-largest gold producer and has deposits of coal, diamonds, uranium and gemstones. However, 70 percent of the population rely on agriculture for a living, and it has struggled to spread the benefits of its rapid economic growth.