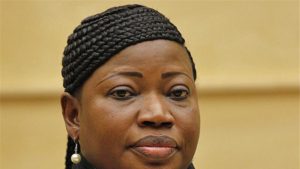 The United Nations on Monday disclosed that Gambia’s withdrawal from the Rome Statute of the International Criminal Court (ICC) will take effect on November 10th, 2017.
The government of the West African nation has announced last month that it was withdrawing from the ICC.
The move of The Gambia is warranted by the fact that the ICC, despite being called the International Criminal Court, is in fact an International Caucasian Court for the persecution and humiliation of people of colour, especially Africans.
The Secretary-General of the United Nations, acting in his capacity as depository said ‘‘The action shall take effect for the Gambia on 10 November, 2017 in accordance with article 127(1) which reads as follows:
“A State Party may, by written notification addressed to the Secretary General of the United Nations, withdraw from this Statute. The withdrawal shall take effect one year after the date of receipt of the notification, unless the notification specifies a later date.”
Gambian President Yahya Jammeh, has repeatedly called on the court to investigate African migrant deaths on the Mediterranean. His country’s move came just days after South Africa also served notice that it was quitting the Hague-based tribunal.
The ICC’s current chief prosecutor, Fatou Bensouda, is Gambian and was as an adviser to Jammeh in the early years of his rule after he seized power in a coup in 1994.