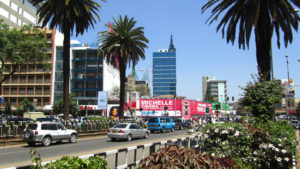 Kenya has cut its 2017 growth outlook on Wednesday due to slowing credit growth, Geoffrey Mwau, the director general of fiscal and economic affairs, told Reuters.
The East African nation expects the economy to expand by just over 6 percent next year, down from an initial forecast of 6.5%; a senior treasury official was quoted as saying.
Slowing credit growth in the country, where a government cap on loan rates has yet to boost lending, will probably act as a drag on the country’s economic expansion next year, the International Monetary Fund said.
The latest Regional Economic Outlook report by the International Monetary Fund says Kenya will be among 22 countries in the Sub-Saharan Africa that will maintain robust growth, reaping from cheaper oil.
In 2015, East Africa’s biggest economy struggled with a number of challenges including attacks blamed on Somalia’s al Shabaab militants that scared away tourists and eroded foreign exchange earnings in the key sector.
According to Geoffrey Mwau, the director general of Kenya’s fiscal and economic affairs, most of the country’s economic growth momentum was driven by public- sector investment.
The country is building a new multi-billion- dollar railway line from the coast, expanding its road network and constructing new power plants and dams.