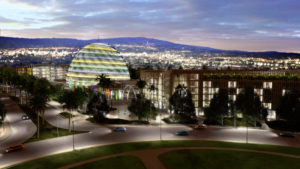 Rwandan government borrowed about $18.57 million from the market through a three-year Treasury bond, the central bank said late on Wednesday.
The bond, which has a yield of 12 percent, attracted a subscription rate of 139.05 percent as investors sought to lock in gains.
Rwanda has been issuing bonds as part of a plan to develop its tiny capital market and fund infrastructure projects.
The land-locked nation of 11 million people, is trying to cut its dependence on donors to finance its national budget.
The International Monetary Fund forecasts Rwanda’s economy to grow by 6.2 percent in 2017, slightly up from the 6 percent seen this year, boosted by increased coffee and domestic goods production.
The East African nation has recently encouraged citizens to buy locally made products rather than imported versions and some domestic producers have seen a surge in sales on the back of that campaign.
The country is positioning itself as a regional financial and conference center by cutting red tape, increasing high-speed Internet access and improving roads and electricity supply.
Though Rwanda has made major economic strides since the 1994 genocide, the country still relies heavily on aid for public spending, especially on infrastructure