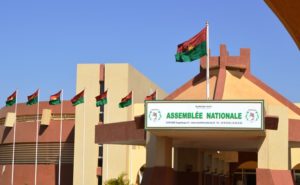 Burkina Faso’s National Assembly has granted one million francs CFA to each member of the Parliament. The funds meant to facilitate the legislators’ work angered Burkinabes who took to social media to vent their disapproval.

According to the Parliament of the West African nation, the said grant which was paid as MPs went on holidays was in accordance with the law, explaining further that it was to help take parliamentary work to the people at the grassroots level and enable to ensure, as appropriate, the accountability of the elected representative vis-à-vis the populations of his constituency.

The grant to the MPs comes less than a month after the controversy triggered when the National Assembly accepted 130 tablets valued at 65 million FCFA. The said tablets were offered by an Asian company that had just won a public contract valued at some four billion FCFA.