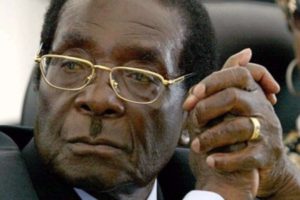 “The failure to surpass revenue targets in 2016 is largely due to the prevailing harsh economic conditions,” ZIMRA chairperson Willia Bonyongwe said in a statement.

The agency collected $3.46 billion in taxes between January and December 2016 compared to a target of $3.61 billion.

In her words, mining companies paid $63 million in mineral royalties, far below the ZIMRA target of $110 million.

Zimbabwe’s economic difficulties have deepened after it defaulted on its commitment to repay its three preferred creditors — the International Monetary Fund (IMF), the World Bank (WB) and the African Development Bank (AfDB) last year.

The country has an internal and external debt of $10.8 billion. The public debt amounts to $5.6 billion, split between multilateral financial institutions ($2.2 billion), the Paris Club ($2.7 billion) and US$700 million to the non-Paris Club.

The Reserve Bank of Zimbabwe has introduced bond notes later last year, raising fears of a return to a domestic currency abandoned in 2009 as hyperinflation soared out of control, leaving Zimbabweans using the U.S. dollar.