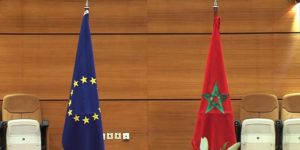 Morocco has warned the European Union against the negative repercussions that failure to implement the bilateral farm deal may entail and said it would seek alternative partnerships if the EU does not honour its commitments towards the Kingdom and thus draw a new trade map.

The European Union must ensure the necessary framework in order to implement the farm deal with Morocco under the best conditions, the Ministry of Agriculture and Fisheries said in a strong worded statement released Monday.

“Morocco and the European Union have inked an agricultural agreement whose implementation covers all the territory of the Kingdom of Morocco,” said the statement, while recalling that the agreement was halted due to judicial proceedings, but these proceedings ultimately confirmed the validity of the Agreement.

The European court of Justice issued a ruling in December 2015, partly upholding a challenge to the bilateral 2012 farm trade deal over the Sahara lodged by the Algeria-backed Polisario.

Following the ruling, Morocco suspended relations with all European institutions, but the decision prompted the European Commission, with the backing of several EU members, to appeal the court ruling.

In December 2016, the European court cancelled its former verdict and declared invalid the challenge to the Morocco-EU trade deals submitted by the Polisario. The EU’s top court, had thus overruled its previous verdict and rejected the Polisario’s right to appeal, stating that the deals between Morocco and the EU “do not concern” the Polisario front, which has no standing to represent the Sahara or the territory population.

“The Agreement should be applied in line with the spirit that governed its negotiation and signing,” said the Ministry in its Monday statement. It insisted that the EU must ensure the necessary framework for the implementation of this agreement in the best conditions, and that the European Commission and the European Council have the responsibility to thwart disruptive manoeuvers through clear-cut positions and speeches.

The Ministry, which underscored that the farm deal is one of the most successful examples of Moroccan-EU cooperation and that it is essential to preserve it, warned that failure by the EU to honour its commitment under the deal “would trigger serious repercussions at the social and economic level.”

The EU will assume full responsibility of these repercussions, the Ministry said adding that “any impediment to the implementation of this agreement is a direct attack on thousands of jobs on both sides in extremely sensitive sectors and may trigger migratory flows that Morocco, through a sustained effort, managed to contain.”

The Ministry made it clear in its statement that “acts aiming at blocking access of some Moroccan products to the European market should be sanctioned and treated firmly by our European partners.”

Yet, the statement stated further, in the face of such obstacles that put at stake a cooperation momentum that has been building up for years, Morocco finds itself in the obligation to enhance partnerships it initiated with different countries and regions, including Russia, China, India, Japan, the GCC countries as well as in Africa.

In this respect, the statement underscored Morocco’s commitment to promote agriculture in Africa as a vector of boosting stability and food security through sharing experience and offering technical assistance as well as access to fertilizers.

The absence of a forthright commitment on the part of the EU to the agriculture agreement would force Morocco to make a decisive choice, that of preserving a frail agreement or to disengage once and for all in order to redraft a new trade map, warned the statement.