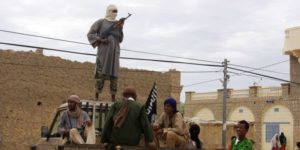 The Defense Ministry announced that an army post came under attack in Boulikessi in central Mali, not far from the border with Burkina Faso. Eleven soldiers were killed and five wounded, said the Ministry’s spokesman Colonel Abdoulaye Sidibé.

“Some helicopters of the Barkhane operation have landed in Boulikessi to assist us,” he added.

Dicko’s group is reportedly behind the assault. The jihadist group was held responsible for an attack against Burkina Faso army on December 16. The attack left 12 people dead.

Mali’s central region has caught attention with a spike in terrorist attacks, stealing spotlight from the northern region traditionally awash with attacks since the 2012 upsurge of militancy.