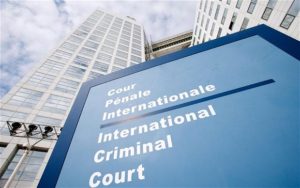 South Africa has revoked its withdrawal from the ICC on Tuesday; weeks after the country’s High court blocked the government’s bid to pull out of the international criminal court.
According to a document posted on the UN treaties website, South Africa indicated that its latest decision comes as the High Court found the withdrawal “unconstitutional and invalid.”
In order to adhere to the High court judgment, the planned pull-out would be revoked “with immediate effect,” it said.
Nelson Mandela, the former South African president, had promoted the establishment of the Court to avoid new massive crimes in Africa.
However, President Jacob Zuma’s government had lodged a decision to pull out with the United Nations in October, following a dispute over Sudanese President Omar al-Bashir visiting the country in 2015.
Bashir has evaded arrest since his ICC indictment in 2009 for alleged war crimes in Sudan’s Darfur conflict in which 300,000 people were killed and two million forced to flee their homes.
As a reminder, the ICC was set up in 2002 in The Hague as a court of last resort to try the world’s worst crimes where national courts are unable or unwilling to act.