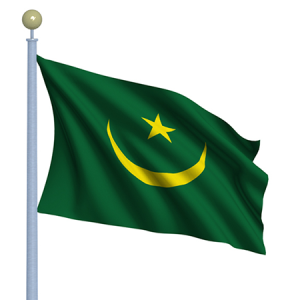 Mauritanian lawmakers on Tuesday voted to change the national flag component by adding stripes to it to ‘better represent those who battled for the country’s independence from France.

According to UPR leaders, the stripes symbolize “the efforts and sacrifices that the people of Mauritania will keep consenting, to the price of their blood, to defend their territory”.

The current green flag with a crescent and star symbolises the importance of Islam in the conservative republic.

The proposal to change the flag has not been received with unanimous support from Mauritanians.

However, lawmakers in the lower house passed the constitutional amendment package by 121 votes to 19.

The changes will now be considered by the Senate, where the government also has a majority.

The vast West African country, which won independence from France in 1960, has a relatively small population of about 4 million.

Half of all Mauritanians live in the capital of Nouakchott, one of the largest cities in the Sahara, located close to the Atlantic coast.