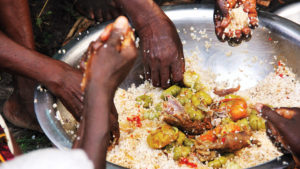 The Senegalese government has unveiled plans to suspend the importation of foreign rice to allow the marketing of local produced rice as more than 6,200 tons of local rice stocks are struggling to find buyers  in the west-African nation.

Alioune Sarr, Minister of Commerce, Informal Sector, Consumer, Local Product Promotion and SMEs hopes that the suspension will allow 6,212 tonnes of white rice from the rice mills and 3,000 more from traders to find buyers.

Producers and traders who spoke to reporters indicated that, local consumers in Senegal prefer imported broken rice, of poor quality, rather than the home-gown rice.

“As we speak, we have 500 tons of white rice in our processing unit and almost the same amount of paddy rice. The problem is that traders are not buying them because of the difficulties to find consumers,” a woman in one of the production unit explained to journalists.

Fertile and politically stable, Senegal is beginning to compete with Nigeria, Rwanda and other sub-Saharan nations to encourage the consumption of locally made products.

The government is also developing a major rice production centre around the Senegal River to increase the production of the local rice.

President Macky Sall’s administration used a grant from the US Millennium Challenge Corporation to build roads and irrigation infrastructure in the region. The valley is project to achieve self-sufficiency in rice production by 2017. It also subsidies 40% of the cost of fertilizers and pays up to 60% of the cost of machinery for rice producers.