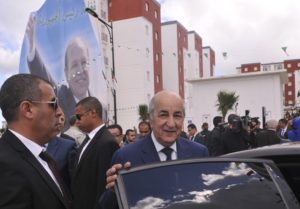 Tabboun, 71, is seen to be close to President Abdelaziz Bouteflika, who named him culture minister in his first government in 1999. He is also a member of Bouteflika’s ruling National Liberation Front (FLN). He had been housing minister since 2012.

The ruling FLN sealed 164 out of 462 seats in parliament  during  May 4 polls in the North African nation  while the National Democratic Rally came in second with 97 seats.

Bouteflika, a veteran of Algeria’s 1954-62 independence war, has governed the North African OPEC member for more than 15 years, and was re-elected in 2014 after a campaign in which he was only seen when he came out to vote in a wheelchair.