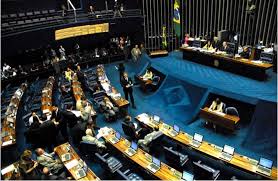 Morocco’s breakthrough in Latin America went a step further this week with the adoption by the Brazilian Chamber of Deputies of a motion formally requesting the Government to support Morocco’s endeavors to settle the Sahara issue.

The motion, drafted in the form of a letter to the Minister of Foreign Affairs, Aloysio Nunes, formally requested the Brazilian Government “to support Morocco’s efforts in the process seeking to achieve a Political and mutually accepted settlement to the regional dispute over the Sahara”.

The parliamentary motion underlines the relevance of the autonomy initiative for the Sahara, presented by Morocco in 2007, as a basis for a negotiated settlement of the longstanding Western Sahara conflict. The initiative was described by the UN Security Council and world powers as serious and credible.

The autonomy initiative “reflects Morocco’s serious and credible efforts to move this process forward,” the motion notes, adding that the UN Security Council resolution 2351 on the Sahara, adopted last April, backs these efforts.

The motion, tabled at the initiative of Deputy Cleber Verde, leader of the Brazilian Republican Party (PRB, member of the government coalition), deems that “regional peace hinges on autonomy to the Sahara population and on granting large legislative and executive powers to them within the framework of Morocco’s sovereignty and territorial integrity.”

The document welcomes “recent initiatives undertaken by Morocco at the level of the regional commissions of the National Council of Human Rights (CNDH) in Dakhla and Laayoune” (two main cities in the Sahara), as well as “Morocco’s cooperation with the Special Procedures of the Council of Human rights of the United Nations”.

The text also underscores Morocco’s return to the African Union, with the support of the majority of African states, underlining the willingness of Morocco and African countries to “build a pathway to peaceful, prosperous relations that stand the test of time”.

The motion notes that the Brazilian government, whose international relations are governed by the defense of peace and peaceful resolution of conflicts, has an important role to play in the Sahara issue at the level of world forums.

In another development, Spanish newspaper La Provincia published Friday an analysis on the Sahara issue, underlining the points scored by Morocco.
Morocco, which avoids violent confrontation by opting for negotiations within the framework of the UN, advances and consolidates its support on the Sahara issue, thanks to the leadership of King Mohammed VI, underlines La Provincia.
No one can deny that this policy is producing convincing results, evidenced by the increasing withdrawals of recognition of the “SADR” (the Sahrawi Republic, self-proclaimed by the Polisario), the paper notes, deeming it is time to arrive at a mutually acceptable political solution to the Sahara issue, in a spirit of realism and compromise.

Touching on Morocco’s return to the African Union, the paper states that this return opens up broad prospects for the continent in terms of major development initiatives, as the North African country has an ambitious Africa-oriented investment and development program, which will have extremely positive results not only for African countries, but also for Europe.