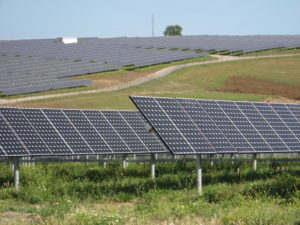 The US Trade and Development Agency (USTDA) is assisting Sierra Leone in the implementation of a project that will add 25MW hybrid solar-diesel-storage to the country’s energy capacity.

Two hybrid solar-diesel power plants will be built under the project, to be implemented in two phases. The first will consist of the construction of a 5 MW plant and the second of a 20 MW plant.

According to the USTDA, the project’s hybrid option will address problems with intermittency and stability, bringing new power online to better manage electricity demand.

The US agency agreed to finance the feasibility study for the project in September 2016.

“The new plants”, said USTDA at the time, “will support more dependable power generation and improve energy access in the country, where only 13 percent of the population currently has access.

Solar Era’s project is the second large-scale PV project under development in the West African nation.

The government signed an implementation agreement with Infinity-E Consortium for the construction of a 6 MW solar power plant in Freetown, the country’s capital and largest city.

Sierra Leone currently has an installed capacity of less than 100 MW for an electrification rate of 13%.