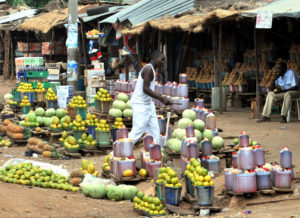 The government of Niger intends to raise about FCFA 40 billion on the financial market of the West African Economic and Monetary Union (UEMOA), through assimilable bonds on Wednesday, June 28, Dakar-based UMOA-Titres Agency reported.

Depending on the characteristics of the offer, repayment of these bonds will be made by annual amortization after a one-year deferral, UMOA-Titres Agency said.

Niger, a former French colony, remains one of the poorest countries on earth. More than 60 percent of its 17 million people survive on less than $1 a day.

Agriculture continues to drive the West African nation’s economy, and as it is mostly rain-fed, it is very much at the mercy of climate-related shocks.

According to international lenders, economic prospects in the country are quite good, mainly because of the expected expansion of extractive industries and more investment in agriculture and transport. Growth is projected to improve to 5.5% in 2017.

The landlocked country is under constant threat from al-Qaeda-linked fighters to the north and west, and Boko Haram in the south.