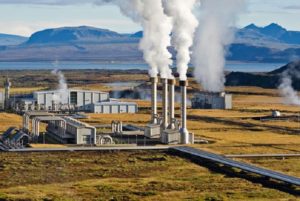 According to Rashid Ali Abdallah, Principal Energy officer at the Department of Infrastructure and Energy of the AU, Djibouti, Ethiopia, Burundi, Rwanda and Kenya are the countries initially targeted by the funds.

“East Africa alone has up to 20,000 megawatts (MV) of geothermal potential, but Africa in total has 500 MW of installed geothermal energy capacity, with most concentrated in Kenya,” said Abdallah.

Two months ago, the European Commission decided to support the Africa Renewable Energy Initiative with €300 million ($317.7 million). The funds are intended to leverage up to €4.8 million ($5 billion) and to help finance 19 renewable energy projects totaling about 1.8 GW.

Last year, a French research agency Havas Horizons, indicated that investors believe in the ability of Africa to become a world reference for renewable energy.

It stated that projects in this particular sector, which was long considered risky, now represent a high potential in realizing higher returns on investment.

Solar energy was highlighted in Morocco during last year COP22 as the most promising energy solution by the year 2020.