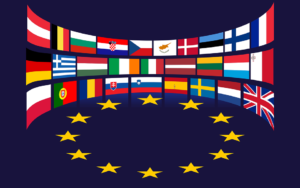 Thirty-eight Members of the European Parliament (MEPs) on Monday, called on the European Union to take action on the protest crackdown reported in three states of Ethiopia in 2016.

The MEPs of the continental bloc have also asked for action on ‘‘the continuing systematic sexual violence against ethnic minority women across the country, as well as the case of a British citizen, Andy Tsege, currently held on death row.”

In a letter to High Representative of the EU for Foreign Affairs, Federica Mogherini, the MEPs bemoaned how the government had flatly refused to allow an independent probe into the protests and stuck rather to a government-led inquiry they described as ‘highly controversial for significant reasons.’

“Instead, the Ethiopian Human Rights Commission (EHRC), whose impartiality is questionable, released on 18 April 2017 the findings of its own inquiry. This report is highly controversial for significant reasons: not only does it underestimate the number of casualties, but it also considers the security measures taken as mostly ‘fair and proportional,” the letter reads.

International rights groups have repeatedly denounced Ethiopian authorities for continually cracking down not only on opponents but also on media persons as a means of trying to silence critics.

The MEPs urged the EU High Representative for Foreign Affairs, to call for the Ethiopian government to allow an independent investigation into the violence and human rights violations.

For the Members of the European Parliament, an Independent investigation would shed light on the real number of casualties and the extent of the military pressure and establish what human rights violations were committed by the government under the pretext of the ‘state of emergency’.

The Ethiopian government must be held accountable for its human rights violations, and all those detained for exercising their legitimate freedom of expression must be released, the MEPs said, mentioning the case of Andy Tsege, a UK citizen jailed in the context of the Ethiopian Government’s crackdown on political opponents and civil rights activists.