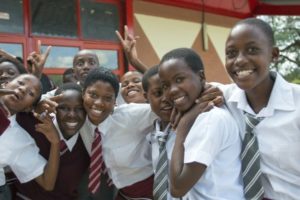 Botswana’s parliament on Wednesday adopted a motion to implement a nationwide provision of sanitary products for school-aged girls.

The motion passed by the southern African nation parliament will allow every girl in both private and public school to have access to education even during their menstrual periods.

“Government provision of sanitary pads to all schools would improve access to education in a country where many could not afford sanitary products like pads,” said Member of Parliament Polson Majaga, from The Botswana National Front (BNF), which tabled the motion.

The BNF launched the “Ensuring the Dignity of Women” program to push for the distribution of such items for disadvantaged women in in 2015, the British Broadcaster said.

“The move would install some dignity to the girl child as they would always be in a position to use medically approved sanitary pads,” the deputy basic education minister, Moisiraela Goya, said.

According to the UNESCO, one in 10 girls in sub-Saharan Africa miss school during their period.

Some girls reportedly lose 20% of their education for this reason, making them more likely to drop out of school altogether.

The Kenyan government in June approved a similar motion on pads distribution to improve access to education in the country where many cannot afford sanitary products like pads and tampons.