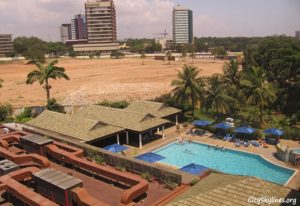 Canada and United Kingdom on Thursday, warned their citizens travelling to Ghana of an imminent terror attack.

“There is a threat of terrorism. Terrorist targets could include shopping malls, government buildings, and public areas such as bars, restaurants, hotels and sites frequented by Westerners. Be aware of your surroundings in public places,” The Canadian High Commission in Ghana said.

The Canadian government further warned its citizens to be cautious of crime and fraudulent activities in Ghana.

In the late hours of Thursday, the United Kingdom has also added to Ghana’s terrorism concerns with travel advice on its website indicating that “terrorists are likely to try to carry out attacks in Ghana.”

Like Canada, the UK said possible attacks are likely to occur in places visited by foreigners.

Security services in the West African nation in April 2016 warned of such terror attacks on the country but later said enough measures had been put in place to avert terrorism.

Ghana has seen no terror attack on its soil though some nationals have had confirmed ties to terror group ISIS since 2015.

The minority in parliament is demanding immediate action from government to assure the safety of the public.