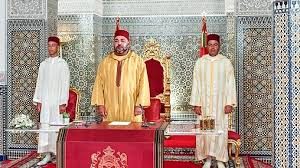 King Mohammed VI described Morocco’s reintegration into the African Union as a diplomatic breakthrough and a watershed in the North African Kingdom’s foreign policy.

In a speech he addressed to the Nation Sunday, on the occasion of the 64th anniversary of the Revolution of the King and People, the Moroccan Sovereign said his country’s commitment and interest in the continent are by no means a coincidence; nor are they motivated by transient considerations” but are part of “a long-term, strategic vision and a gradual, consensual approach”.

King Mohammed VI said Morocco’s African policy is based on a thorough understanding of African realities, substantiated by more than fifty visits he paid to over 29 African countries including the 14 he visited since October 2016.

These visits aimed at serving shared interests through “solidarity-based win-win partnerships”, added the Monarch, noting that this policy was crowned by several landmark development projects launched, like the Nigeria-Morocco Atlantic gas pipeline project, the construction of fertilizer plants in Ethiopia and Nigeria as well as human development projects designed to improve the living conditions of African citizens.

As a result of this successful policy, “we have managed to strengthen our economic partnerships, ensure Morocco’s return to the African Union and secure the agreement in principle to our request to join the Economic Commission of West African States”, underlined the Monarch.

He also said that Morocco’s return to the African organization is not an end in itself, vowing that “Africa was and always will be a top priority” in the country’s foreign policy. He also pledged that Morocco’s return to its African organization will not affect its solid bilateral relations with African nations, nor mutually agreed development programs.

Rejoining AU is “the start of a new era of joint action with all African countries in order to build a genuine, solidarity-based partnership, ensure – together – our continent’s development and meet the needs of African citizens”, said King Mohammed VI.

“We are currently in the process of building an Africa that believes in itself, is committed to solidarity and rallies behind concrete projects while being open to its surroundings”, added the Monarch, explaining that it is this comprehensive vision that led the Kingdom to bid for membership of the Economic Commission of West African States.

ECOWAS is a natural extension of the AU. By joining both institutions, Morocco will contribute to the economic prosperity and human development on the continent, said the Moroccan Sovereign describing the move as a “historic political decision and a milestone in the endeavors made towards African integration, which can only be achieved through regional blocs, for the latter have become crucial players in international affairs”.

Within ECOWAS, Morocco will seek to lay down the foundations for genuine African integration that serves the continent and fulfils its peoples’ aspirations for development and for a dignified life, in an environment characterized by unity, security and stability, stressed the Monarch in his speech.