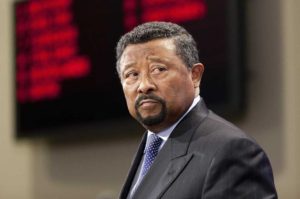 Jean Ping, the main challenger of Gabonese president Ali Bongo in last year presidential polls, has been banned from leaving the central African nation in response to what the authorities call “public order disorder”.

This decision is a “provisional administrative measure” against “the leaders of the political parties and personalities in the Coalition for the New Republic (CNR) around Jean Ping,” the spokesman said.

Gabon’s Constitutional Court ruled that Bongo won 50.66 percent of the vote and Ping 47.24 percent. The opposition leader rejected the results and accused the administration of electoral fraud and of using force to suppress the population after the release of the results.

Ali Bongo’s re-election has extended a family dynasty in power since the 1960s. He was elected in 2009 after the death of his father, longtime ruler Omar Bongo.